Everything You Need to Know about Chiller Systems 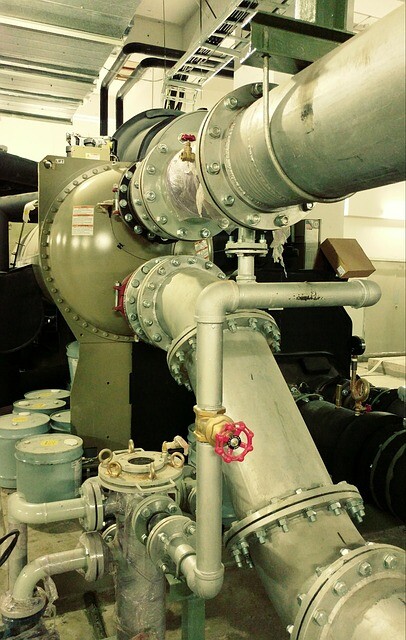 Chillers have become an essential HVAC component, which is used in buildings across different fields. These include restaurants, hospitals, hotels, and manufacturing plants. In most facilities, chiller systems consume more than half of the total electrical consumption.

The US Department of Energy has also stated that 20% of the total electrical power generated in North America comes from chiller systems alone. Aside from that, the 20% can go up to 30% depending on how chiller systems are operated.

What exactly are chiller systems, and how do they work? If you want to learn more, read on below.

In general, a chiller works with vapour compression or vapour absorption. Chillers provide a constant flow of a coolant to the cold side of a process water system at a fixed temperature of 50°F (10°C). The coolant is then promptly pumped through the process, extracting heat out of one area of a specific facility, such as machinery or any other equipment in the process.

For the vapours, an evaporator connects the process water system to the vapour compression mechanical refrigeration unit.  A refrigerant then circulates through the evaporator, compressor, condenser, and expansion components of a chiller system. In these four components, a thermodynamic process occurs.

The evaporator functions as a heat exchanger because the heat captured by the coolant flow transfers to the refrigerant. When the heat transfer occurs, several things are happening at once. At this point, the refrigerant evaporates and changes from a low-pressure liquid into vapour. On the other hand, the temperature of the process coolant reduces.

The refrigerant promptly flows to a compressor for the final phase of the process, performing multiple functions. First, it removes the refrigerant from the evaporator. This is done to ensure that the pressure in the evaporator remains low enough to absorb heat at the right amount of rate.

After that, it raises the pressure in the vapour’s outgoing refrigerant to ensure that the temperature remains high enough to release the heat when it reaches the condenser. In short, it’s a process that goes both ways. The refrigerant then returns to a liquid state in the system’s condenser. On the other hand, the latent heat given up as the changes in the refrigerant is carried away by a cooling medium, which can either be air or water.

Since chillers work on two mediums (air and water), these are also the two types of chiller systems. Here’s what you need to know about each:

Air-cooled chillers usually have a propeller fan to draw ambient air. This ambient air is then used in the process of cooling. Aside from that, they are also considerably easier to install, and their maintenance costs are very manageable.